At WhaleFest 2014 we wanted to highlight the plight of dolphins and whales in captivity, and in particular the young Orca ‘Morgan’ being held at Loro Parque in Tenerife.

By unexpectedly bringing a massive industrial crane truck, we staged an intervention on the seafront at Hove which drew huge crowds and delivered widespread coverage in the media. The crane - accompanied by recordings of Orcas in distress, and bright spotlights - hoisted an inflatable replica Orca (loaned by Andy Starbuck of WhaleWorkshop) - which was carried to the shore by the local community gym.

With generous support from British Divers Marine Life Rescue, The Roddick Foundation and Kerstin Shields, the media coverage drawn by the intervention began dialogues with the UK tourism industry, which led to a shift in the focus of sending UK customers to overseas captive facilities. 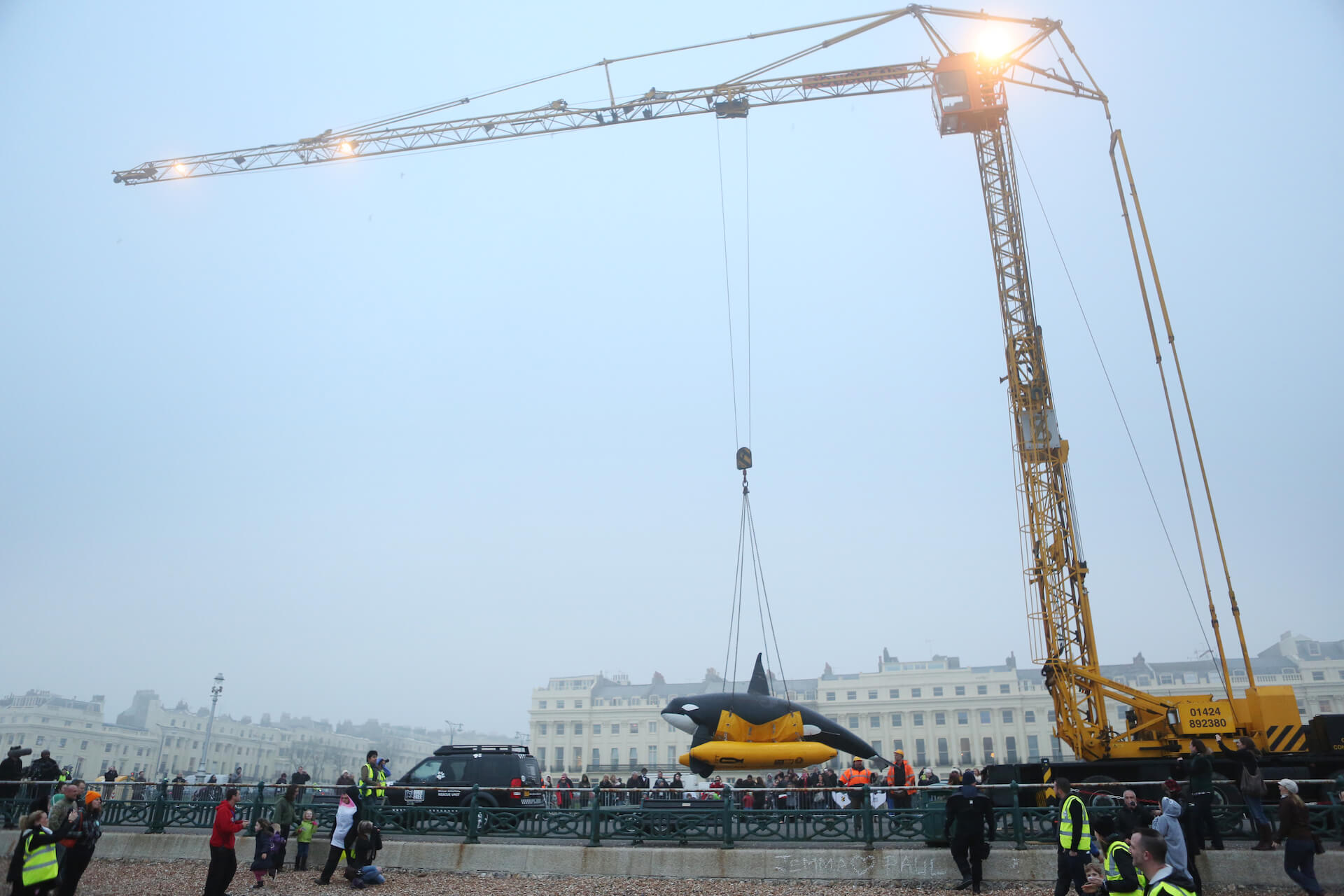 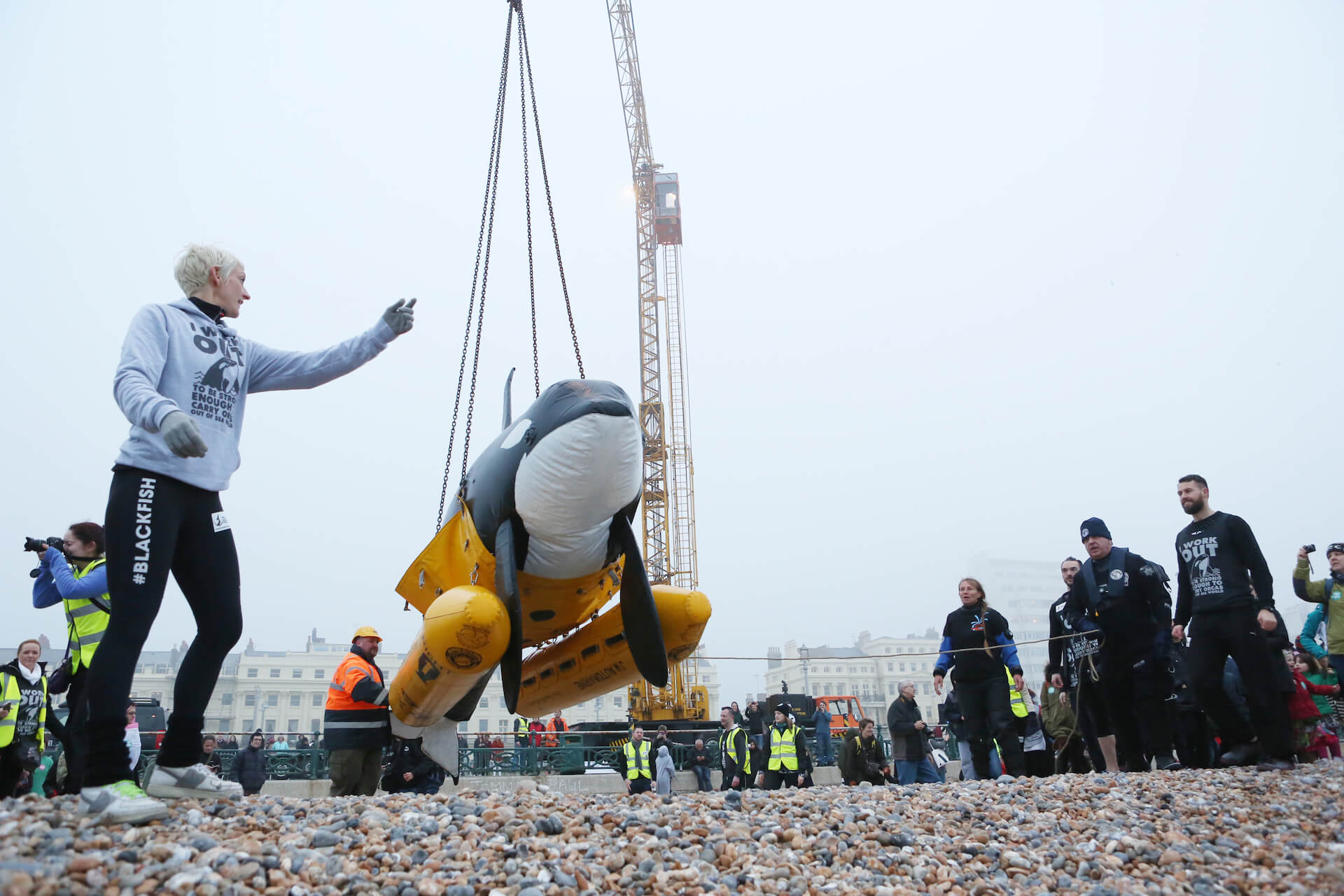 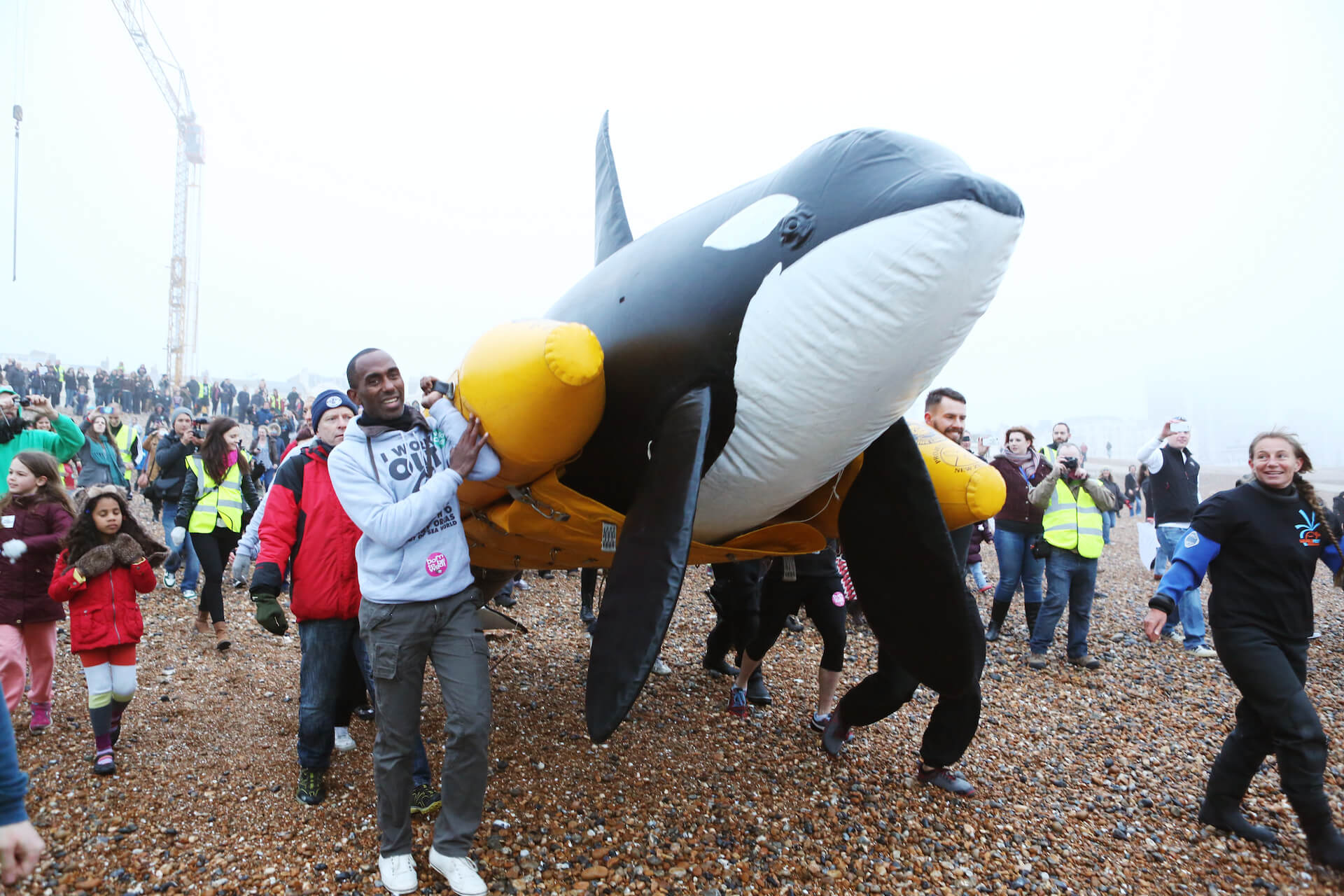 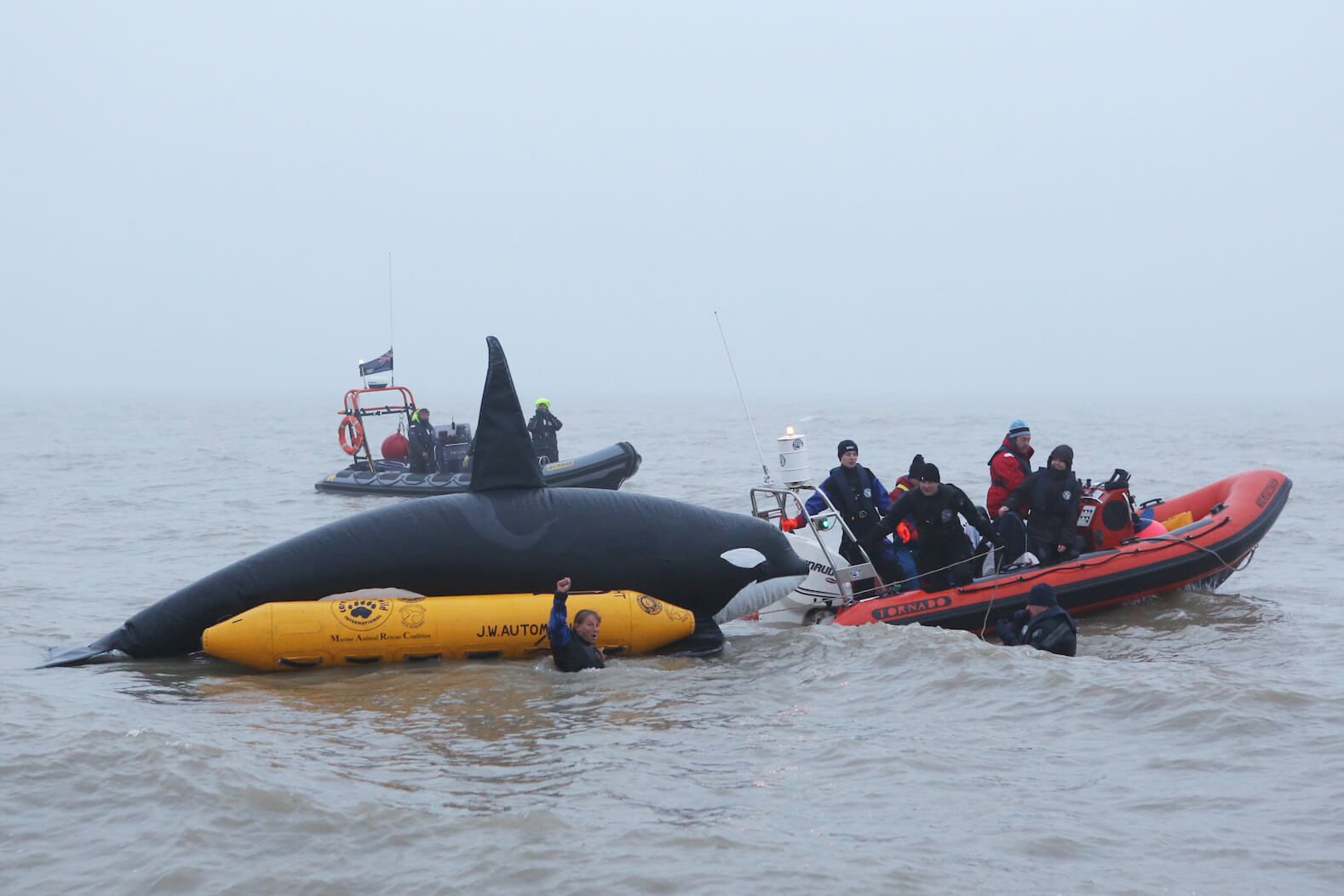 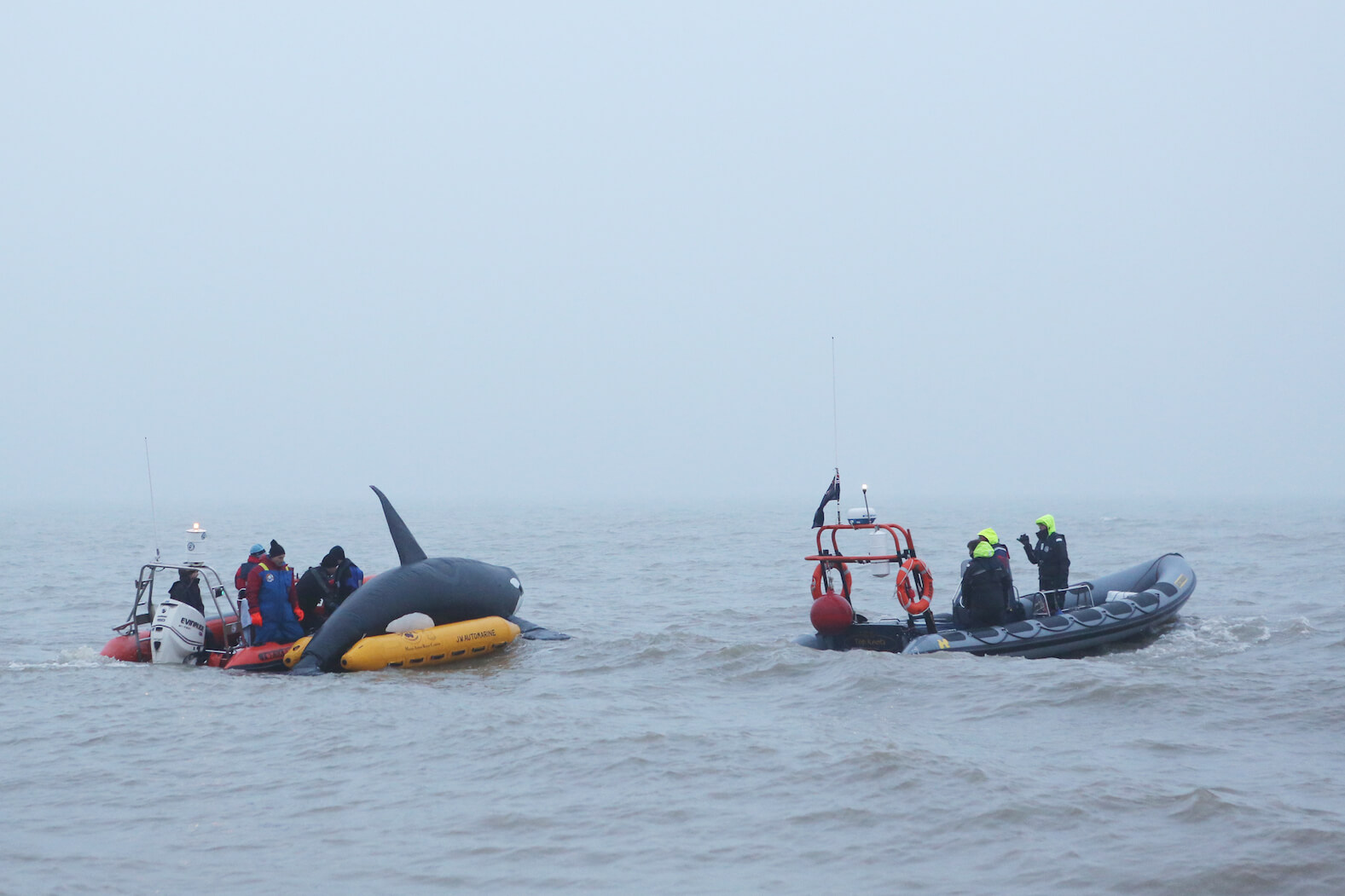